Monique O. Madan;
by Aymee Vasquez
Comments are off
Nearly five years ago, Fane Lozman won a landmark case in the Supreme Court when the justices ruled that his houseboat was not a boat, but his floating home, and that a Palm Beach County city wrongly seized and destroyed it by using maritime laws. On Monday, the nation’s highest court agreed to hear another case involving Lozman, formerly of North Bay Village. The case pits the First Amendment’s free speech guarantee against the issue of retaliatory arrest stemming from that free speech. Few people get to go before the Supreme Court twice on two different cases. “What makes America beautiful is our personal freedoms,” Lozman, 56, told the Associated Press on Monday. “And I'll be damned if I'm going to let anybody take away my First Amendment rights to free speech.” The latest case stems from when Lozman spoke up at a Riviera Beach City Council meeting in 2006. He was removed from the meeting and later arrested on charges of disorderly conduct and resisting arrest at a public meeting. Prosecutors later dropped the charges.
Lozman sued Riviera Beach, claiming his arrest violated the First Amendment's free speech guarantee and the Fourth Amendment’s prohibition of unreasonable search and seizures. Lozman says he was tossed out of the meeting in retaliation for accusing council members of corruption and vocally opposing a marina redevelopment plan, which sought to revitalize the city’s waterfront through eminent domain, that is, government seizing private property for a greater good. 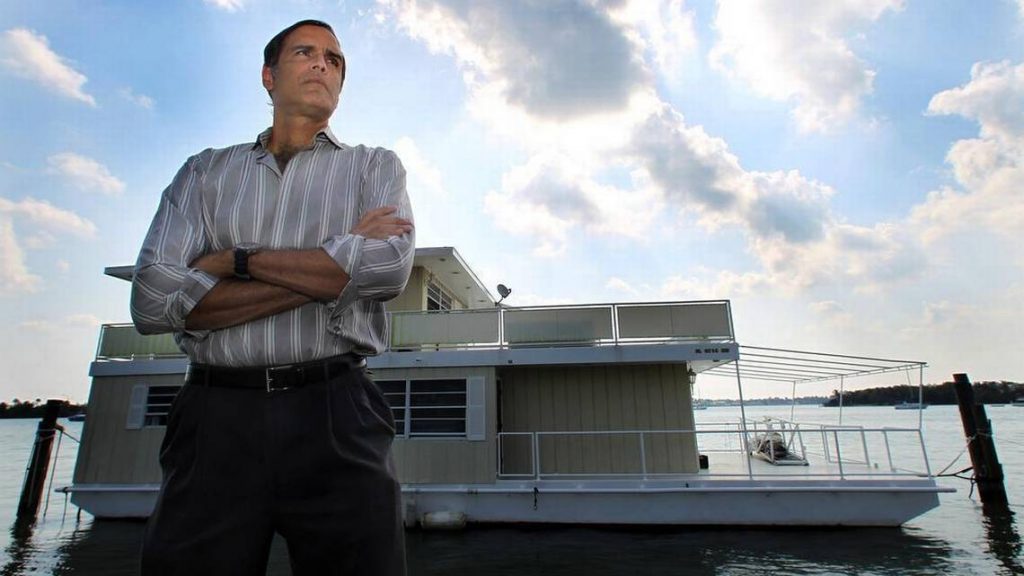 When the city was finalizing its redevelopment plan, the Florida Legislature passed a bill prohibiting the use of eminent domain for private development. But to pass the plan before the law went into effect, Riviera Beach held an emergency meeting the day before then Gov. Jeb Bush was scheduled to sign the bill into law. The council approved the plan. Lozman’s lawsuit contends the commissioners convened the last-minute meeting without sufficient public notice, leading to his sharp criticism at the May and June 2006 council meetings. The city has argued that it did not order Lozman’s 2006 arrest, rather the police arrested him. Therefore, the city argued, there was no retaliatory arrest on its part. “Police officers alone had discretion to decide whether to make an arrest, and could do so only upon independently determining that there was probable cause to do so,” the city's attorneys said, according to the Associated Press. “Lozman's arrest was caused not by the city's own policies, but rather by the independent decisions of a city employee.” A jury sided with the city after a trial and an appeals court upheld that verdict, but Lozman took it to the Supreme Court. The case will decide the issue of probable cause and retaliatory arrest versus free speech, and comes amid a growing number of protests across the country in which protesters have been arrested. The First Amendment Foundation has filed a brief supporting Lozman, saying the Supreme Court needs to clarify balancing probable cause for an arrest with freedom of speech. This time around, Lozman has teamed with Greenberg Traurig’s Miami office and the Stanford Law School Supreme Court litigation clinic. They will argue Lozman’s case before the court next year. In Lozman’s first case before the Supreme Court, the justices ruled 7-2 that the city of Riviera Beach had wrongly seized Lozman’s houseboat by invoking maritime laws, which make it easier for a government to seize a vessel, compared with seizing a private home not on the water.
Last year, Lozman returned to Riviera Beach in a different houseboat — a three-bedroom, three-bath floating home. He arrived with great fanfare, including a giant banner on the houseboat that read: “Fane Lozman returns, Thank you … U.S. Supreme Court.’’
link to Miami Herald story »