Curt Anderson;
by Aymee Vasquez
Comments are off 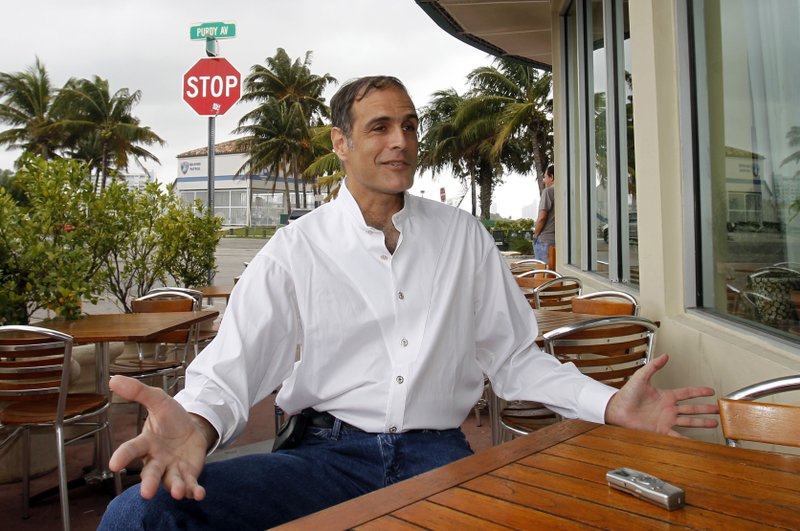 MIAMI (AP) — A Florida man who already won an improbable victory before the U.S. Supreme Court is hoping legal lightning strikes twice in a First Amendment case pitting police powers of arrest against the right to speak freely and protest. Oral arguments are scheduled Tuesday in Fane Lozman’s lawsuit against the City of Riviera Beach, which is just north of West Palm Beach. Lozman contends he was wrongly prevented from speaking at a 2006 city council meeting through an arrest on bogus charges of disorderly conduct and resisting arrest that were later dropped. The officer apparently concluded that Lozman was about to create a disturbance, so that was enough probable cause, according to court papers. “There’s nothing to preclude elected officials and police to do this anytime they want when they don’t like the content of someone’s speech. There’s no accountability,” Lozman said in an interview. “It intimidates the public and they say it’s not worth participating in our democracy.” Lozman, 56, in 2013 won a Supreme Court decision in a related case on whether the floating home he had docked at a Riviera Beach marina qualified as a vessel or a dwelling, like a home on land. The justices decided then that not everything that floats is a boat. The latest legal battle centers on whether police can use probable cause to defeat a claim under the First Amendment that an arrest was made for retaliation or to stifle a person’s right to speak. Numerous First Amendment and media organizations, including The Associated Press, have filed “friend-of-the-court” briefs supporting Lozman’s position. One of his attorneys, Kerri L. Barsh of the Stanford Law School Supreme Court Litigation Clinic, said the court’s decision will have impact on much of society, from people who march in protests to journalists trying to cover controversial events involving law enforcement. “The ruling in this case will have broad implications in how governments balance probable cause for an arrest with free speech rights,” Barsh said. “The inability to engage in protected speech without retaliation has a chilling effect on citizens’ constitutional rights to criticize their government and engage in other protected expression.” The city, however, contends that police officers should not have to worry that an arrest for retaliation might lead to a lawsuit in situations that often call for a snap decision that could prevent a crime or something worse, such as a terrorist attack. The administration of President Donald Trump has filed a brief in support of the city. The probable cause element permits officers to make arrests in such circumstances without fear of having to later litigate whether their real motivation was preventing a massacre or punishing speech,” the city’s attorneys argue in court papers. Lozman was arrested at the 2006 city council meeting as he was speaking critically about government corruption, part of his opposition to a then-planned redevelopment at a marina where he had a floating home. Lozman was never brought to trial on the charges; prosecutors dropped them after concluding there was no possibility of a conviction. After Lozman sued for retaliatory arrest, a jury sided with the city after a trial and an appeals court upheld that verdict. Lozman, however, took the case to the Supreme Court, arguing in part that U.S. appeals courts across the country are split on the issue of probable cause arrests versus free speech. Last November the high court took the case. The Supreme Court’s 2013 ruling on Lozman’s floating home, which was seized and destroyed by Rivera Beach, was seen by legal experts as an important precedent in maritime law for thousands of people who make their homes on the water as well as floating businesses such as casinos. Different laws apply to vessels and homes, with homeowners receiving more protection from seizure in Florida and other states. The 57-foot floating home had been targeted by Riviera Beach for eviction from the marina — Lozman contended that was retaliation for his vocal opposition to the redevelopment plan — then the city declared it was a vessel that had to be registered as one. Eventually the city had Lozman’s floating home seized and destroyed, leading to the Supreme Court case that he won: the court decided marine law should not have applied because it was not really a boat. The latest case will be the culmination of Lozman’s 12-year, costly fight against city hall. The former U.S. Marine Corps officer and wealthy financial trader said he simply refused to back down. “The city initiated the eviction action. I defended it. It’s not like I’m looking to get in these fights,” Lozman said. “The city brought the fight to me. They just ran into a guy who is not going to run and hide in a corner, but is going to fight back.” link to Miami AP story »