CBS 12;
by Aymee Vasquez
Comments are off

RIVIERA BEACH, Fla. (CBS12) — Fane Lozman, a wealthy individual who owns land and submerged land on North Ocean Drive on Singer Island, is being sued by the U.S. Department of Justice.

The lawsuit, filed in U.S. District Court in the Southern District of Florida, says Lozman has built and is building structures in the Lake Worth Lagoon without authorization.

The suit also says Lozman "created an obstruction to the navigable capacity of a water of the United States without authorization."

The federal government says "the unauthorized structures that defendant built in Lake Worth Lagoon are unlawful." 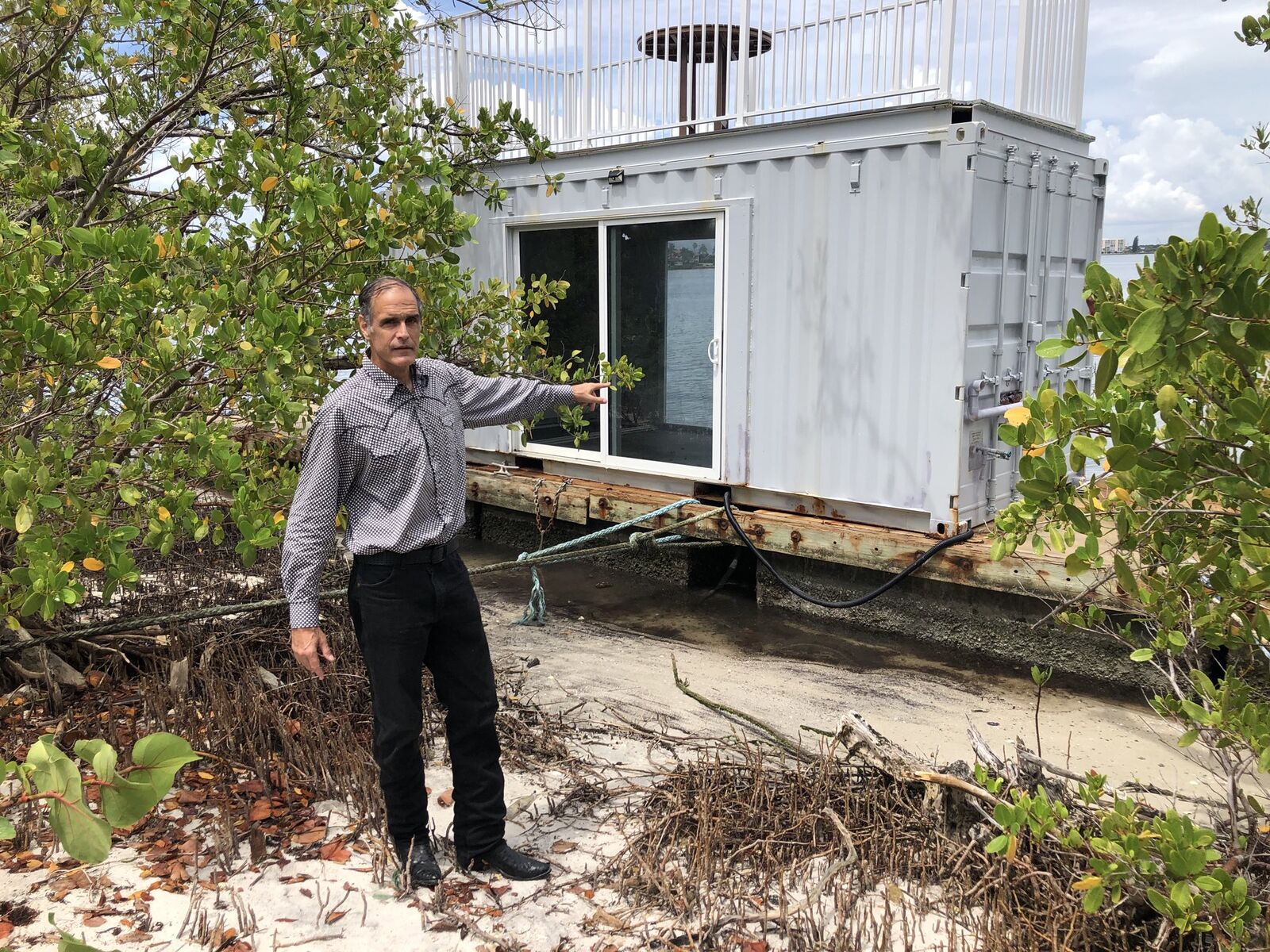 According to the lawsuit, at least three times some of Lozman's structures became unmoored and drifted into the Lake Worth Lagoon and created "an increased risk to navigation, property and public safety."

Lozman says he's done nothing wrong and the home made from a metal shipping container is a floating residential structure rather than a permanent structure and he can legally have it there.

"We're on private property. The Army Corps is wrong. The Justice Department is wrong and they think they're gonna intimidate me," Lozman said.

He says he's ready for a legal fight.

"The last time they screwed with my floating home it didn't work too well for them. I feel very confident that they're gonna lose this case," he said.

He says his floating container home is no different than any of the boats that people live on in the Intracoastal Waterway near Peanut Island.

Lozman won a prior case involving the city of Riviera Beach that went all the way to the U.S. Supreme Court in a dispute over another floating home that he owned several years ago.