NYTimes: It May Float, but a Home Isn’t a Boat, Justices Rule.

by Staff
Comments are off
WASHINGTON — A floating home is not a vessel to be regulated under federal admiralty law, the Supreme Court ruled on Tuesday in a colorful decision that featured photographs and the first dissenting opinion in an argued case since the term started in October. The case was closely watched by businesses that operate floating structures like casinos, restaurants and hotels. Structures deemed to be vessels are subject to federal laws and regulations, including ones concerning safety, employment and taxes. The case concerned what Justice Stephen G. Breyer, writing for the majority in the 7-to-2 decision, described as “a house-like plywood structure with French doors on three sides.” Inside were a bedroom, sitting room, closet and kitchen. A stairway led to an office on the second floor. The home could not propel itself, but it was occasionally towed from one Florida marina to another, sometimes over long distances. In 2006, it was docked at a marina owned by the City of Riviera Beach, Fla. A dispute over dockage fees led to a lawsuit under federal admiralty law. The owner of the structure, Fane Lozman, countered that the court had no jurisdiction because his home was not a vessel. A federal law defines vessels to include “every description of watercraft or other artificial contrivance used, or capable of being used, as a means of transportation on water.” The federal appeals court in Atlanta ruled against Mr. Lozman, under what Justice Breyer called an “anything that floats” approach. That, the justice said, was too broad. “To state the obvious,” he wrote, “a wooden washtub, a plastic dishpan, a swimming platform on pontoons, a large fishing net, a door taken off its hinges, or Pinocchio (when inside the whale) are not ‘vessels.’ ” The correct inquiry, Justice Breyer went on, was whether “a reasonable observer” would conclude that the structure was “designed to a practical degree for ‘transportation on water.’ ” Mr. Lozman’s home, he said, did not qualify. In announcing the ruling on Tuesday morning, Justice Breyer noted that the written decision included photographs of the home at issue and of a wharf boat of the sort that the court had ruled was not a vessel in a 1926 decision. “Even though a picture is worth a thousand words,” Justice Breyer said from the bench, “we have written a few words of explanation as well.” Justice Sonia Sotomayor filed a dissent, which was joined by Justice Anthony M. Kennedy. She said the majority’s approach created a “novel and unnecessary” new standard for deciding what is a vessel. “By importing windows, doors, room style and other aesthetic criteria" into the analysis, she wrote, “the majority gives our vessel test an ‘I know it when I see it’ flavor.” She cited a 1964 concurrence from Justice Potter Stewart in which he made that observation about “hard-core pornography.” The majority’s standard was not only “opaque and unpredictable” but also “completely malleable,” Justice Sotomayor wrote. She said she could not say why Mr. Lozman had won. “It is unclear,” she wrote, “why Lozman’s craft is a floating home, why all floating homes are not vessels, or why Lozman’s craft is not a vessel.” The better course, she said, would have been to return the case to the lower courts for a fuller determination of the facts concerning the structure. Instead, Justice Sotomayor wrote, “the majority works real damage to what has long been a settled area of maritime law,” bringing uncertainty to businesses that “rely heavily on clear and predictable legal rules.” In a brief supporting Mr. Lozman, the American Gaming Association, whose members operate scores of dockside casinos, had urged the court to clarify the law in a way that generally left regulation to the states. Andrew Tauber, a Washington lawyer with the firm Mayer Brown who was not involved in the case, said the ruling had left many questions unresolved. “The court has adopted an ill-defined, multifactorial definition,” he said, that “rather than clarifying what constitutes a vessel might engender confusion and future litigation.” Mr. Lozman, for his part, said he had no reservations about the scope of his victory. “I’m levitating,” he said, adding that he hoped the decision would help thousands of owners of floating homes around the country. 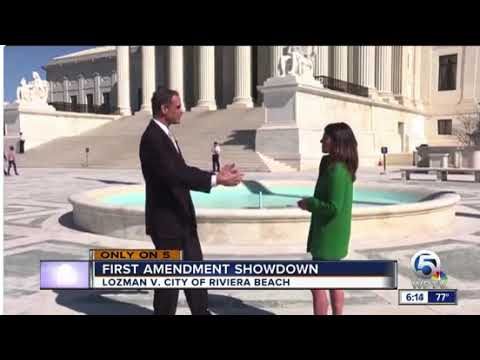