The Atlantic: Can Government Officials Have You Arrested for Speaking to Them?

Garrett Epps;
by Aymee Vasquez
Comments are off 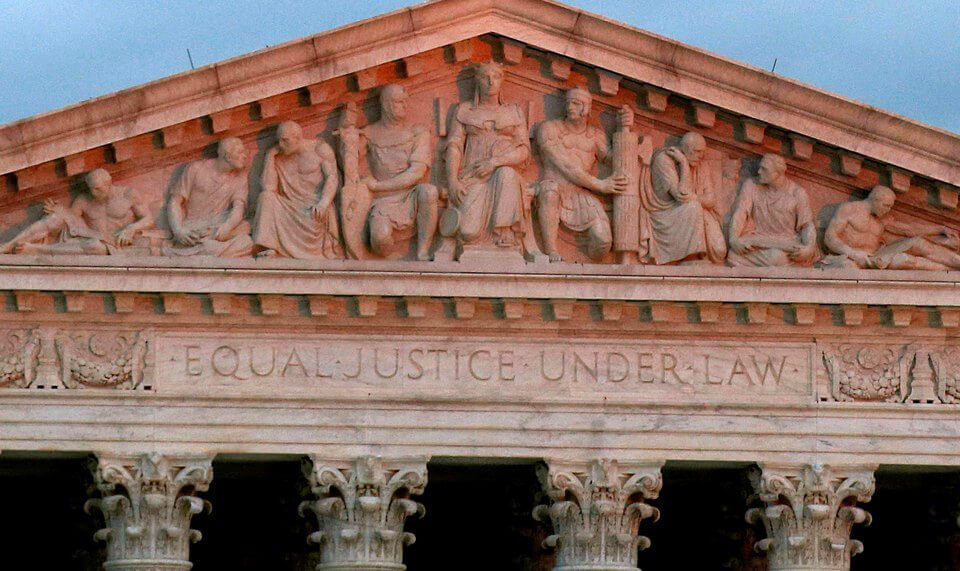 The Supreme Court faces a test of the authority of politicians to use police to silence their critics.

GARRETT EPPS  | JAN 15, 2018 If a citizen speaks at a public meeting and says something a politician doesn’t like, can the citizen be arrested, cuffed, and carted off to the hoosegow? Suppose that, during this fraught encounter, the citizen violates some law—even by accident, even one no one has ever heard of, even one dug up after the fact—does that make her arrest constitutional? Deyshia Hargrave, meet Fane Lozman. You need to follow his case. Hargrave is a language arts teacher in Kaplan, Louisana. She was arrested Monday after she questioned school-district policy during public comment at a school board meeting. She asked why the superintendent of schools was receiving a five-figure raise when local teachers had not had a permanent pay increase in a decade. As she was speaking, the school-board president slammed his gavel, and a police officer told her to leave. She left, but once she went into the hall, the officer took her to the ground, handcuffed her, and arrested her for “remaining after having been forbidden” and “resisting an officer.” Fane Lozman, whose case will be argued in front of the Supreme Court on February 27, faced the same fate at a meeting of the Riviera Beach, Florida, city council in November 2006. Lozman, remarkably enough, has made his way to the high court more or less without assistance twice in the past four years, arguing two different aspects of his acrimonious dispute with the Riviera Beach city government. The first case, which Lozman won, asked whether his motorless plywood “floating home” was actually a “vessel” subject to federal admiralty law. (Answer, via Justice Stephen Breyer: “Um, no.”) The second case is about police tactics at public meetings; its result could make a profound difference to citizens like Hargrave who want to talk back to local officials without a trip to jail. In 2006, Lozman was living in his anchored plywood structure, which was moored at a marina in Riviera Beach. City officials planned to use eminent domain to condemn the marina site and redevelop it; Lozman sued to block the plan. In retaliation, city officials first tried to evict him from the marina. Lozman, representing himself, argued to the jury that this was retaliation, and the jurors threw out the city’s case. The city then brought a bizarre proceeding “in admiralty” against the houseboat itself, claiming it was a “vessel” and thus subject to federal maritime law (hint: no jury). They won an order from a federal court allowing them to destroy the home.  Lozman, again acting as his own lawyer, appealed the order—and in 2013 the Supreme Court reversed. But the struggle was far from over. His original lawsuit against the city had alleged a violation of Florida’s open-meetings law. State authorities sent law enforcement agents to interview council members about those charges.  The elected officials were so infuriated that, as one said on the record in a private 2006 meeting, they decided to “intimidate” Lozman and other critics “so that they can feel the same kind of unwarranted heat that we are feeling.” A few months later, Lozman went to the microphone during open comment time at a City Council meeting; but when he mentioned “public corruption” in Palm Beach County (where the city is located), the presiding council member ordered a police officer to arrest him. He was charged with “disorderly conduct” and “resisting arrest without violence,” but the local prosecutor dropped the charges, saying in essence that no reasonable person would believe them. Lozman then brought a federal lawsuit against the city for “First Amendment retaliation.” A federal judge agreed that Lozman had “compelling” evidence that he’d been arrested as punishment for his protected speech. But the judge then threw out the case, reasoning that he actually could have been charged with the obscure state offense of “willfully interrupt[ing] or disturb[ing] any school or any assembly of people met for the worship of God or for any lawful purpose.” What this meant, the court decided, was that the officer who arrested Lozman would have had “probable cause” (a reasonable basis to believe a crime had been committed) to arrest him if he had known about “assembly of people” statute and wanted to enforce it. The fact that the officer didn’t know about it was irrelevant—and so was the city’s unconstitutional motive. As long as an officer could have arrested Lozman for something, in other words, the retaliatory motive didn’t matter. The Eleventh Circuit affirmed: The existence of probable cause for any offense is an “absolute bar” to a suit for retaliatory arrest, it said.

If you are not a lawyer, ask yourself: Can this possibly be right?  Did you by any chance violate, or do anything that might make someone think you had violated any statute, ordinance, or regulation—littering, speeding, failure to signal, improper parking, excessive use of car horn, leash-law or pet waste violation, soliciting beverage-container deposits on beverages bought out of stage, unlicensed cosmetology, unlicensed practice of geology, discharge into a storm drain, spitting on the sidewalk, barratry, champerty, maintenance, affray, seduction, or being a common scold—at any point today? Under the Eleventh Circuit’s rule (which some other circuits also use), police or officials can arrest and silence a Deyshia Hargrave when a politician wants to silence her—if, after the fact, some earnest lawyer can find a such a law, however obscure, that police at the time might have thought she was violating, even though they weren’t thinking about that.

That issue is vital to the Deyshia Hargraves of this country, as well as to dangerous offenders like Dan Heyman, a reporter arrested for asking a question of then-Health and Human Services Secretary Tom Price inside the West Virginia capitol. Charges were dropped—but, if they pay no price for these tactics, local jacks-in-office will be able to silence and intimidate critics more or less at will, whether or not they are prosecuted later.

It’s established law that the First Amendment protects citizens from “adverse actions” by government, if the “adverse actions” are “retaliation” for their exercise of First Amendment rights. So a public employee who speaks to the press about a general issue of public concern can’t be fired as punishment; thus, too, officials can’t blackball government contractors for their political or partisan activities. To prove a retaliation claim, a plaintiff has to show that she engaged in protected speech and that the government retaliated because of the speech. There’s a complication, though: The government can then try to show that “the same decision would have been reached had the incident not occurred”; if it makes that showing, the plaintiff will lose.

The Supreme Court has considered a number of retaliation cases, but it has not yet explained how the “same decision” rule applies in this particular situation—when a police officer arrests someone who is speaking against government.  The closest it has come is a 2006 case called Hartman v. Moore, which has actually deepened the confusion surrounding the issue.

William Moore, a tech executive, wanted to sell optical character reading equipment to the Postal Service. USPS officials favored a different system; Moore persuaded members of Congress to weigh in on his side, and eventually the USPS was barred from its favored choice. Soon after, USPS inspectors began investigating Moore, and eventually a federal prosecutor brought fraud charges against him—charges so flimsy that a District Court, after hearing six weeks of evidence, found a “complete lack of direct evidence” and tossed the charges.

Moore then sued the prosecutor and the inspectors for “retaliatory prosecution.” The Supreme Court, however, decided that such a claim—a claim that federal investigators and prosecutors had him indicted and prosecuted because of his First Amendment speech—can only succeed when the plaintiff can show complete lack of probable cause for the prosecution.

The reason is complex. To begin with, the court has held that prosecutors themselves can never be sued for the decision to prosecute a given case, no matter how mean or bone-headed. When it comes to prosecutors, courts apply a “a presumption of regularity”—that is, that “a prosecutor has legitimate grounds for the action he takes.” Because of this “absolute immunity,” a plaintiff would have to sue others in the system—in this case, the USPS inspectors—and charge that they caused the prosecutor to proceed without good reason. But if there was “probable cause,” then there was at least one good reason.

The two pieces fit together this way. First, there was probable cause; second, we assume the prosecutor was applying the law in good faith (regularity, y’now). Thus, the probable cause, not retaliation, must have been the reason for the prosecution.

But there’s an important difference between “retaliatory prosecution”—like Hartman, where prosecutors went through an indictment and a trial—and “retaliatory arrest”—where one or two law-enforcement officers arrest a person, silence them for the night, and, often as not, just let them go without charge. A prosecutor need not have been involved at all.

Nonetheless, a number of courts of appeals have concluded that Hartman bars any lawsuits for retaliatory arrest as well as prosecution—if there’s any evidence in the record of what could have been probable cause. That’s the issue the court will decide in Lozman v. Riviera Beach, Florida. It’s one that could either rein in, or embolden, the tiny-handed tyrants who rule county buildings and city halls around the country. (If you want an exhibit of the mindset at issue, consider the unrepentant Anthony Fontana, the school-board president who presided while Deyshia Hargrave was arrested. “Everybody wants to side on the poor little woman who got thrown out,” he told Fox News. “Well, she made a choice. She could have walked out and nothing would have happened.”)

Remember, plaintiffs must show that retaliation was the motive for the arrest. (In Lozman, that wasn’t hard: Meeting transcripts showed that the council wanted to “intimidate” Lozman and let him “feel the unwarranted heat.”) Unlike prosecutors, police officers don’t have immunity, and neither do elected officials who order them to silence citizens. There’s no “presumption” that an arrest is based on “legitimate grounds.”

Much of federal civil-rights law is set up to deter this kind of official bully-boy tactics. And a glimpse at any given front page in 2018 should convince even a cloistered Supreme Court justice that police attacks on free speech are still a problem.

I hope Deyshia Hargove makes her way to Washington on February 27 and sits in the Supreme Court chamber while Lozman’s lawyers argue against the kind of tactics that were used to silence her.

Of course, if she spoke up there, she’d be cuffed and arrested again; but her presence would make a statement nonetheless.

link to The Atlantic story »