Adam Liptak;
by Aymee Vasquez
Comments are off 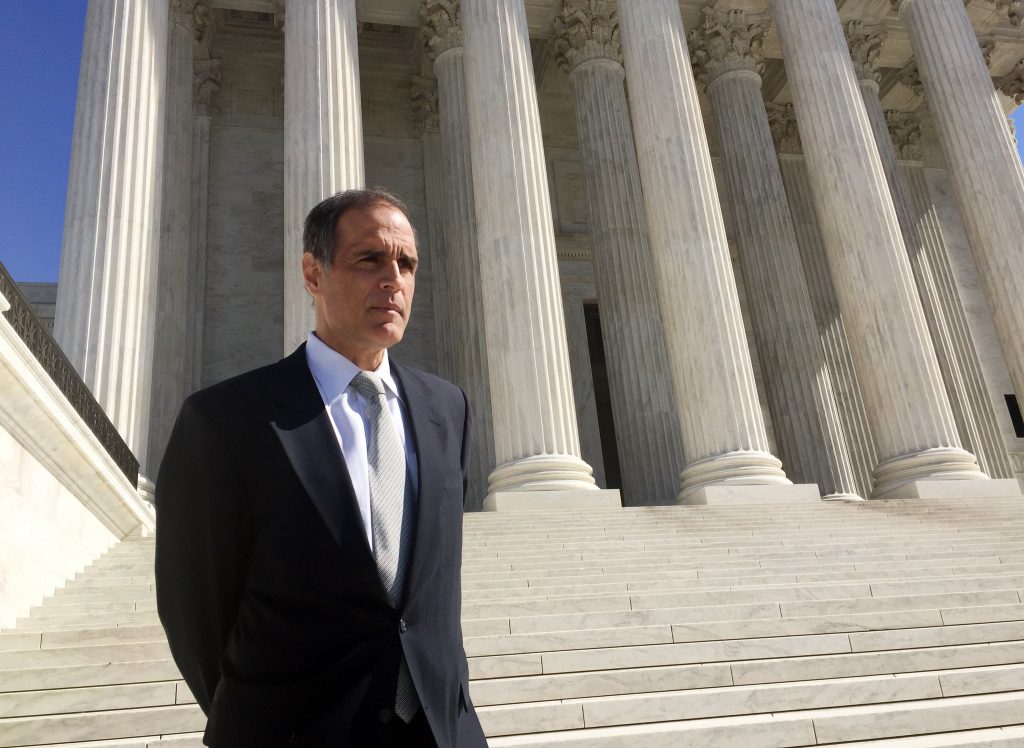 WASHINGTON — A determined critic of a Florida city must have the chance to prove that his First Amendment rights were violated when he was arrested while speaking at a City Council meeting, the Supreme Court ruled on Monday. The decision was a second Supreme Court victory for Fane Lozman, who calls himself “a persistent and tenacious underdog.” In 2013, he won his first Supreme Court case against the city, Riviera Beach, when the justices ruled that the city had misused maritime law to seize and destroy his houseboat. Chief Justice John G. Roberts Jr. called the decision his favorite of the term. The new case, decided 8 to 1, arose from a 2006 closed-door meeting of city officials. According to a transcript later made public under Florida’s freedom-of-information law, the city’s leaders spoke freely about finding a way to investigate and threaten Mr. Lozman. Elizabeth Wade, a city councilwoman, said that “it would help to intimidate” Mr. Lozman and to make him feel “unwarranted heat.” Five months later, Mr. Lozman rose to address the City Council during the part of a public session set aside for comments from residents. He had barely started talking when Ms. Wade called for a police officer. “Carry him out,” she said. After Mr. Lozman refused the officer’s request to leave, he was arrested. A video of the episode shows Mr. Lozman being handcuffed and led away. Mr. Lozman sued, saying he had been arrested in retaliation for exercising his First Amendment rights. The arrest was payback, he said, for his criticism of the city’s plan to redevelop the waterfront by taking private property using eminent domain. But he conceded that there had been probable cause for his arrest, a point that seemed to puzzle Justice Anthony M. Kennedy, the author of Monday’s majority opinion. “Although Lozman does not indicate what facts he believes support this concession,” Justice Kennedy wrote, “it appears that the existence of probable cause must be based on the assumption that Lozman failed to depart the podium after receiving a lawful order to leave.” The federal appeals court in Atlanta said Mr. Lozman had made a compelling First Amendment argument about his arrest. “He seems to have established a sufficient causal nexus between Councilperson Wade and the alleged constitutional injury of his arrest,” the court said in an unsigned opinion. Despite that, the court ruled that Mr. Lozman could not sue. Since there had been probable cause for the arrest, the court said, it did not matter that it might have also been motivated by retaliation. The question of whether the existence of probable cause is always enough to defeat a lawsuit claiming retaliatory arrest has divided the appeals courts. The Supreme Court agreed in 2011 to decide the question but ended up ducking it. Monday’s decision did not provide a definitive answer to the question. Justice Kennedy wrote that Mr. Lozman’s case could proceed — but only because it had several unusual features, including what may have been an established and official policy to retaliate against him. Only Justice Clarence Thomas dissented. He wrote that the ruling seemed designed to fit only Mr. Lozman’s case and that there should be no exceptions to what he said should be the general rule: that “probable cause necessarily defeats First Amendment retaliatory-arrest claims.”   link to New York Times story »